Researchers are making some predictions, which may seem very bold at the moment, about the medical applications of psychedelic substances.

The chances of psychedelic therapies being licensed by the competent authorities in the coming years are quite significant, provided that the studies on positive effects of treating certain conditions are continued, in order to produce relevant conclusions.

Possession, sale, transport and cultivation of magic mushrooms are already legal, since February 2021, in California and Oregon, for mental health treatment in supervised settings. 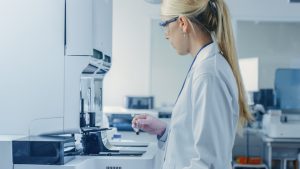 A number of studies are currently underway on the medical applications of psilocybin in antidepressant medication. According to researchers, psilocybin receives positive reviews from test participants. They say it helps them feel a form of emotional release. In comparison, classic antidepressants are often criticized by patients for suppressing their emotions. Premier mushroom spores for sale for research purposes can be found at Hidden Forest Mushroom Spores.

Based on the positive reactions of the participants in these studies and the fact that psilocybin poses a minimal risk of addiction, it is not surprising that researchers and advocates of the medical use of psilocybin are optimistic about future changes in its legal status.

Meanwhile, initiatives to decriminalize plant and fungi based psychedelics in general continue in all states. They have already been successful in Oregon, Washington D.C., Seattle, Ann Arbor, Denver, Oakland, Santa Cruz, Somerville and Cambridge (MA).