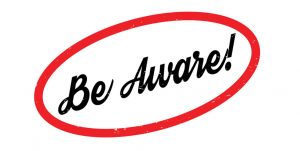 In recent years, interest in using hallucinogens to treat depression has increased. The medical world has begun to express a growing interest in experimenting with magic mushrooms and LSD, which culminated in the establishment of the first center for the study of psychedelic substances in London UK, where a number of studies are currently underway on the applications of psilocybin in antidepressant treatment.

Based on the positive reactions of the participants in these studies and the fact that psilocybin has a minimal risk of addiction, it is not surprising that researchers are quite optimistic about the future legalization of the medical use of magic mushrooms to treat mental illness.

In the US, although magic mushrooms have been decriminalized in some states, they are still illegal almost everywhere (the exceptions are Oregon and California, where magic mushrooms are legal since February 2021, for mental health treatments performed under medical supervision).

However, it is only the psilocybin – the hallucinogenic substance – that is illegal. The spores of magic mushrooms do not contain psilocybin, as it only forms in the mycelium, so the spores are actually legal.

This detail in the law allows the use of spores for research purposes, so it is possible that, in the future, psychedelic therapies licensed by the competent authorities may occur. Done carefully and in a controlled environment, experimental research with psilocybin spores is perfectly safe. Previous research has suggested that people tend to be happier even after using psilocybin once, under medical supervision, but a much deeper understanding of the effects of the drug on the brain is needed before its medical use becomes mainstream.