Psilocybe cubensis mushrooms have a fascinating history of hundreds of years of being used as a hallucinogenic drug in various tribes and a history of decades of being researched in Western cultures. Scientific interest towards magic mushrooms intensified during the 1990s and 1970s, when lots of major universities conducted research to gain insight into the mechanisms that account for the psychotropic effects of the mushrooms. Research stopped when the active compound in magic mushrooms was included in the list of controlled substances all over the US. 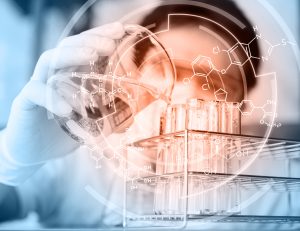 The first years of the 2000’s saw an increased interest in the psychological benefits of using magic mushrooms. The findings of many research projects confirmed what many scientists already knew in the 1970s: that magic mushrooms have a great potential in the treatment of a variety of mental illnesses and problems including anxiety and depression.

The research methods vary considerably from study to study, but they all involve the administration of microdoses of magic mushrooms. To be able to administer those microdoses, scientists need to cultivate magic mushrooms. That usually happens using pathogen free psilocybe cubensis spores. The spores are handled under laboratory conditions and magic mushrooms are grown exclusively within the scope of research.