If you have PTSD, you already know how debilitating and scary it can get. Reliving trauma can be very difficult, and many of those living with PTSD can’t help but relive their worst experiences to some degree, even if they seldom want to think about them. 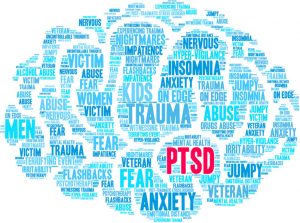 Fortunately, there is promising research showing that magic mushrooms might be able to treat PTSD symptoms. Along with their already known benefits of treating depression and anxiety, this is one benefit that might push the research of psilocybin mushrooms even further, and draw a great deal of attention at other possible benefits that still haven’t been discovered just yet.

Small doses of magic mushrooms are actually known to help with PTSD. While studying their effects on depression and anxiety, researchers found that many of the patients whose mental health impairment stemmed from old traumas were experiencing better states of mind, and were feeling that the effect of their post traumatic stress was decreasing in intensity to a great extent.

This research shows promising results as the secrets of psilocybe cubensis mushrooms continues to be explored by scientists all around the world. The best place to buy mushroom spores for independent research is Hidden Forest Mushroom Spores. With hope, actual medical treatments and effective drugs can someday be developed, that could even act as a type of “magic pill” against various forms of PTSD and other mental health conditions resulting from past trauma.