The legal and scientific attitude towards psilocybe cubensis mushrooms is constantly changing in the direction of decriminalization and legalization. One of the reasons motivating that change is the potential revealed by scientific research into the medicinal benefits of magic mushrooms. 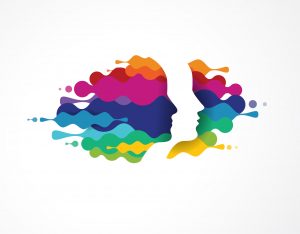 Magic mushrooms received the attention of medical scientists until the beginning of the 1980s, when the principal compound of the mushrooms was included in the list of controlled substances due to its hallucinogenic effects. Medical research was resumed at the beginning of the 2000’s and several independent studies have come to the same conclusion: magic mushrooms have beneficial cognitive effects. One of those effects was noticed in the field of creative thinking.

Scientific interest has been directed especially towards the beneficial effects of microdosing magic mushrooms. The process of administering the mushrooms in doses that are a fraction of the size of a normal dose have proven to lack the hallucinogenic effects of the active compound, while still delivering the beneficial cognitive effects. The volunteers who took part in the experiment all reported a sudden burst in creative thinking while also reporting a more optimistic attitude towards life in general. Research using magic mushrooms cultivated by mushroom spores is likely to continue to examine the positive cognitive effects of administering magic mushrooms as well as find the ideal dosage. For continued research opportunities, shop online for an extensive range of bulk mushroom spores at Hidden Forest Mushroom Spores.