Psilocybin and psilocin (the latter being an alkaloid derived from the former) are psychoactive compounds that can be found in about 200 species of fungi, including the popular Psilocybe Cubensis, known as magic mushrooms.

People have lots of preconceived opinions on hallucinogenic substances. However, humankind has known and used them since ancient times, either for survival (food), getting high (induction of various states of mind), or for other purposes (medical, political, etc.). 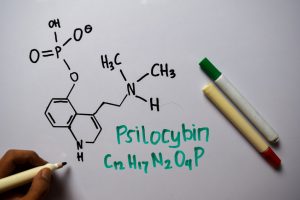 Psilocybin mushrooms are illegal, but they can be found in nature, and nowadays, we are facing another side of the issue. On the one hand, governments are fighting against the use of Psilocybin because of its hallucinogenic effect. On the other hand, scientists are studying this very effectively to recreate this substance in laboratory conditions because, according to recent studies, it could treat patients with severe depression who are not responsive to modern medicines or psychotherapy. The best place to buy psilocybe cubensis spores for research purposes only is Hidden Forest Mushroom Spores.