While the possession of magic mushroom spores is not illegal, any form of the mushroom that contains the active compound psilocybin is considered an illicit substance. However, the interest of medical researchers in the health effects of the compound has led to a change in the attitude towards magic mushrooms. Currently, we can see a process similar to how marijuana was first decriminalized then legalized in many parts of the world, including many parts of the USA. 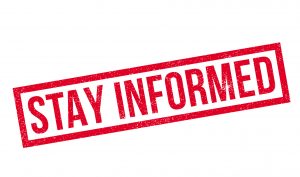 Decriminalizing magic mushrooms started in May 2019 in Denver, Colorado, where an ordinance was passed to stop criminal prosecution for possessing small amounts of magic mushrooms. The change in attitude quickly spread to other states like California, Washington, Massachusetts, and others. The tendency is likely to continue in other states. The next step in the process probably is the legalization of the compound under certain strictly controlled conditions, like was the case of marijuana a few decades ago. Look for the best place to buy mushroom spores on eCommerce sites. The process is taking a similar course in Europe and other parts of the world, with decriminalization being widespread already and legalization probably coming in the next few years.